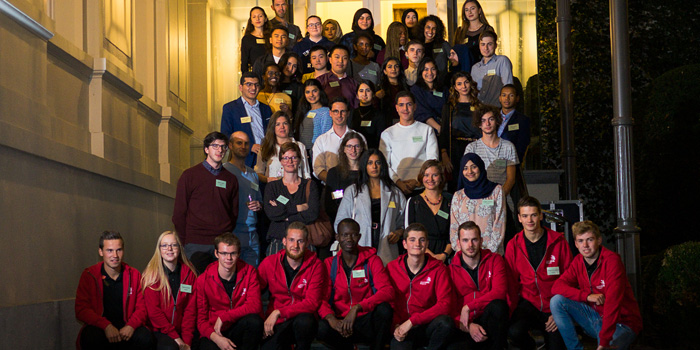 What enriches Boost is the mobilisation of the many people and organisations that work alongside our young Boosters. They each make a significant contribution.

Over 150 young people supported in Brussels

The King Baudouin Foundation’s mission is to contribute to a better society. The Foundation is an actor for change and innovation, serving the public interest and increasing social cohesion in Belgium and Europe. The Foundation seeks to maximize its impact by strengthening the capacity of organizations and individuals. It also stimulates effective philanthropy by individuals and corporations.

Concerned by the obstacles that all too often face talented youngsters from underprivileged backgrounds, in 2011 the King Baudouin Foundation decided to launch the Boost program in Brussels. Today, the Foundation is responsible for the central coordination of the program and its various local variants and it continues to support Boost Brussels.

The Platform for Education and Talent

Created by descendants of Gustave Boël and the Sofina Holding and managed by the King Baudouin Foundation, the aim of the Platform is to support the education and training of talented young people in Belgium by awarding individual grants and providing support to other organisations with similar objectives.

As much at a human level as materially, the mission of the Platform for Education and Talent is to offer talented youngsters further training opportunities in a number of fields. In particular, it aims to focus on the transition from secondary to higher education for talented pupils from underprivileged backgrounds.

In 2012, the Platform for Education and Talent decided to launch and develop the Boost for Talents program of excellence in Liege and Antwerp. It is thanks to this partnership that the program, which initially existed only in Brussels, was able to be successfully developed in other cities. The Platform’s vision has enriched the entire Boost program. To date, over 200 young people have been supported by the Platform in Liege and Antwerp.

Spurred on by the program’s success in Liege and Antwerp, in 2018 the Platform for Education and Talent decided to extend development of Boost for Talents to other cities. In 2019, La Louvière is joining the Boost for Talents network.

Thanks to several privileged partners, young people in other cities are benefitting from the Boost program. We are extremely grateful for their support. Together we are working to develop the program and increase its impact. A number of specific local contributions are made by each of these partners.

Initiator of Boost Verviers in 2016

The Lokumo Fund has as its objective to support humanitarian projects that focus on education, training and access to housing, water, food and sanitation in their wider aspects, for people living in poverty and/or deprivation.

The Fund contributes to projects of social reintegration and those that strengthen local income-generating activities for this target groups.

Having launched the program in Verviers in 2017, the Lokumo Fund pays particular attention to ensuring that the youngsters it supports, succeed in their chosen fields of training in function of their talents and interests, fulfil themselves in an activity that generates added value (professional training, qualifications, artisanship, entrepreneurship etc.) and contribute to their socio-economic environment. The development of talents is also the lever chosen by the Lokumo Fund to enable the young people it supports from Verviers to develop their academic and/or professional project with confidence and ambition.

The Foundation supports education projects for young people in difficult situations in Belgium and in developing countries. Collibri wants young people from the North and the South to connect with each other through the exchange of ideas and cultures, their ambassadors form the bridge between their project, the partners, and the young people.

The Collibri Foundation often links the projects it supports with the implementation of sustainable chains, with the products of these chains destined to enrich the product range on offer in the Colruyt Group’s stores. Active in several countries, Collibri aims to stimulate active citizenship among the youngsters it supports and to bring together youngsters from the northern and southern hemispheres.

Concerned with supporting underprivileged youngsters, the Collibri Foundation has been actively supporting Boost Brussels since 2014.

Nike has actively supported the Boost program in Antwerp since 2012. As part of its CSR policy, Nike assigns one of its employees for one day every week to mentor two groups of young Boosters. In addition, a number of other initiatives are conducted for Boost by members of Nike’s personnel, including visits to its logistics centre, the organisation of inter-city sports days, the sponsoring of internships at Sporta and the participation of inspiring people.

Nike supports numerous projects around the world aimed at helping youngsters to fulfil their potential and have a significant impact on society.

The Pierre François Tilmon Fund supports initiatives that favour the creation of sustainable employment in the Mons region. Attracted by the Boost program, the Fund decided to contribute some of its own energy through joint efforts with the Platform for Education and Talent to give birth to a new initiative in Hainaut’s regional capital.

Our thanks go to all the other donors and organisations that support the Boost program in various ways, such as through fund-raising for our project, individual support, event sponsoring and so on.

We would particularly like to thank Treetop, Lions Club Brussel Hoofdstad and BioPlanet.

And we would like to say thank you to our other donors, who prefer to remain anonymous. 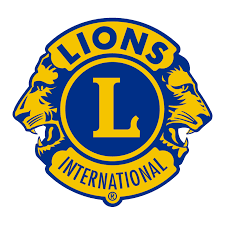 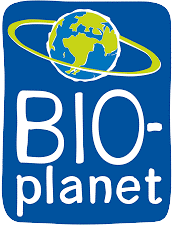